There's been a lot happening in the 'train' space in Spring 2019, including a plan by the State Government calling for Expressions of Interest for the future of the Barossa rail corridor - and the SALE of Genesee Wyoming Australia, which has long-lasting implications for all of regional and rural rail corridors in SA...(see details below) - and there's more to come!  Come back here often to see out latest news! 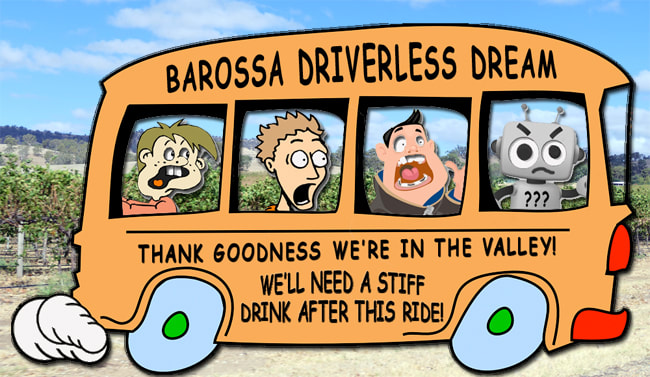 [Sept 2019] The Barossa Valley Council Mayor Bim Lange has mused that 'autonomous' (AKA 'driverless') bus services may be the future for the Valley, instead of reinstating rail services.

The Mayor's comments follow Transport Minister (and Barossa MP) Stephan Knoll calling for 'Expressions of Interest' for ideas to re-purpose the Barossa rail corridor (see our earlier story below) - a move by Knoll, we believe, which would remove an 'ongoing political sore' for him, by seeing the Barossa rail line removed forever.

Sucked into this vortex, Mayor Lange has set out his ideas for the way forward, in a 'think piece' published in the Barossa Herald (see here: https://www.barossaherald.com.au/story/6377390/opinion-mayors-vision-for-rail-replacement)  - but SARRA says the Mayor's thinking plays into Knoll's hands and as a result could put the corridor at greater risk as the critical ‘backbone’ of passenger and tourist rail services into the Barossa into the future.

SARRA says that while the contribution to the rail-corridor debate by Mayor Lange is welcome, his proposal for a part-rail, part ‘autonomous vehicle’ solution goes against proven public-transport solutions which have stood the test of time.

SARRA says Barossans have an absolute gem in a rail corridor which is in place, is a publicly-held asset, and only needs moderate investment to re-introduce much-needed rail passenger and tourist services to the Barossa.

For our full comments on the Barossa Mayor's thinking, download the PDF below!

“SARRA has long campaigned to reinstate rail services along this corridor to serve the growing public transport needs of the Barossa - and to provide tourist access to the wineries and other delights of the Barossa Valley,” Mr Henley said.

“While the Minister is to be commended at finally looking at options for the corridor, we remind him that as the Lower House Member for Schubert (which takes in the Barossa), his constituents have long and loudly called for a return of rail services to the Valley.

“In the few days since his announcement of this latest initiative, Mr Knoll’s own social-media page and those of the Barossa’s local media have been bombarded with Barossans calling for a return of rail to the region.

“To echo that iconic TV series ‘Yes Minister’, it would be very ...brave... of Mr Knoll to ignore his electorate’s wishes.

“The alternative hinted at by Mr Knoll - that of selling off sections of the line piece-meal - or to turn it into trendy ‘multi-use tracks’ (whatever that means) - cannot be allowed to happen," Mr Henley said.

SOLD - but has South Australian taxpapers been SOLD-OUT?

[Aug 2019] SARRA reports that Genesee Wyoming Australia (the current owner of the State’s regional rail infrastructure) is being sold as part of an international deal which will see its parent company Genesee Wyoming (GW) passed to the Canadian investment group Brookfield Investment Partners (BIP).

SARRA’s Convenor, Mr Paul Henley, says the sale of GW to BIP (for a reported $8.4 billion) has required GW to clean up its ‘rats and mice’ holdings in other parts of the world.

“As part of that clean-up, GWA is to be sold to the Dutch investment group PGGM which will hold 51.1% of (the former) GWA’s assets, while its ‘minor’ shareholder, Macquarie Infrastructure and Real Assets (MIRA), will continue to hold its (current) 48.9% stake in GWA.

“This means that South Australia’s non-metropolitan rail infrastructure will be owned and controlled by a pensioner investment company in the Netherlands - a company with no experience in rail operations - and to be frank, no apparent interest in SA’s regional rail assets.

“This is just a ‘paper’ financial transaction with no thought to the impact on or improvement of South Australia’s rural rail network," Mr Henley said.